From Stonehearth Wiki
Jump to: navigation, search
Work in Progress!

This page is still being worked on. Feel free to lend a hand!

"The Trapper's snares capture and (ahem) "harvest" small critters for a reliable source of food and supplies." 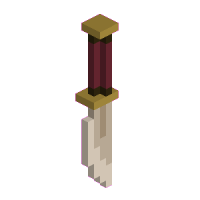 Workers can be promoted into Trappers by using a Trapper's Knife, either crafted by the Blacksmith or taken as part of the starter kit when starting your game. Once promoted, the Trapper will automatically begin to place and harvest snare traps within a designated "Trapping Zone". Trappers also have a chance to tame a critter while harvesting a snare trap.

While not patrolling their trapping zones, harvesting traps, or dropping off loot the Trapper will also help harvesting resources and move unstockpiled items into stockpiles.

Through the "Zones" tab on the toolbar you can designate Trapping Zones for your Trappers to use. These trapping zones designated in the same fashion as stockpiles and have a red outline.

Trappers level automatically while working. Events such as harvesting unsuccessful/successful traps, unloading harvested loot, and befriending pets all give varying amounts of experience. This experience is not lost if the trapper changes jobs but if you change your trappers job he/she will lose the perks until you change them back to trapper unless you promote them to shepherd.